Founded in 1962, the Southern Center for International Studies (SCIS) is a nonprofit, nonpartisan educational institution based in Atlanta, Georgia. The mission of the Southern Center is to increase American public awareness and understanding of other countries and international issues. The Center’s many major programs, conferences and television productions have brought national and world leaders to Atlanta, contributing greatly to its prestige as an international city.  Through its educational program, The World in Transition, the Center has provided educational resources for social studies teachers and trained tens of thousands of teachers across the United States. 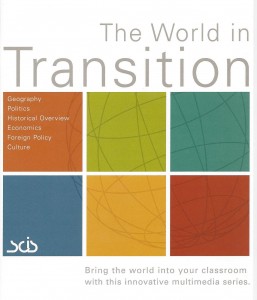 Over the last 20 years, the Center has been engaged in the ongoing development of an acclaimed series of multimedia educational series, The World in Transition (WIT). The series consists of eight units, each focusing on a particular region of the world. Introducing these materials to teachers in professional development workshops, the Center has trained and equipped over 50,000 educators nationally.  In Georgia, a statewide project funded by the legislature provided World in Transition materials to secondary school teachers.  The Georgia Board of Regents has also supported the training of student teachers in six colleges of education.  The Southern Center has established statewide programs in North Carolina, Virginia, and Tennessee to name a few.  The materials are the basis for the core curriculum in cultural affairs for all Air Force ROTC training programs. World in Transition Online is based on WIT and will offer a wealth of quality resources for social studies teachers through the Center’s website. 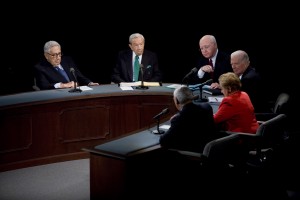 Since 1983, the Center has produced a Peabody Award-winning series of television programs based on moderated roundtable discussions with eminent panelists.  Aired on public broadcasting stations nationwide, this unique series includes 16 meetings of the former U.S. Secretaries of State; 15 of the former Secretaries of Defense; programs with former Secretaries of Treasury, Education, and Health and Human Services; plus former U.N. ambassadors and other prominent world leaders and experts.  Excerpts of the discussions in these historic programs are incorporated into the video components of Center’s World in Transition educational materials. 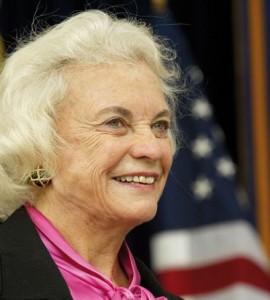 In addition, over the years the Center has convened for the public hundreds of conferences, seminars, and briefings with leading experts in the international field.  In the past years, the Southern Center has hosted prominent speakers including Secretary of State Colin Powell, former Secretary of State Madeleine Albright, former UN Ambassador Jeane Kirkpatrick, World Bank President James Wolfensohn, Supreme Court Justice Sandra Day O’Connor, Secretary of the Treasury Robert Rubin, and Secretary of Defense Donald Rumsfeld.

Collaboration with the World Affairs Councils of America (WACA)

WACA is the country’s largest foreign affairs nonprofit organization, with 81 participating councils nationally.  In recognition of the urgent need to bring international social studies to the schools, the WACA Board of Directors chose the Center’s World in Transition teacher training and educational materials as a flagship program to be adopted by local World Affairs Councils across the country.  To date, councils in Texas, Pennsylvania, California, Ohio, Virginia, Oregon, Hawaii and Florida have trained hundreds of teachers across the country.