For the past several decades, the Southern Center has been dedicated to creating public programs, conferences and television productions with a goal to promote awareness and understanding of other countries, international issues and the global environment. Its programs have brought national and world leaders to Atlanta, contributing greatly to its prestige as an international city. 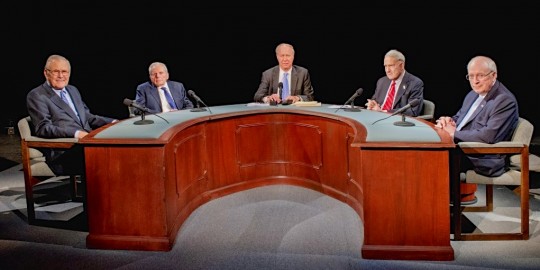 In April 2013, the Southern Center held its 16th Conference with Former Secretaries of Defense that took place at The Robert Ferst Center for the Arts at Georgia Institute of Technology in Atlanta, Georgia. The panelists discussed the most pressing security issues in the United States and the world.

For past programs, go to Major SCIS achievements 1960s – present